Experience from the Youth of Aleppo – Syria

In this time when so many of us young people were planning to go out a little from Aleppo and visit some relatives or friends in the quiet areas, surprisingly we found out that they closed the streets around Aleppo. This means that we can not go out and we’re in the city with all the bombings around us.

So we got the idea to go and visit the elderly in an institution maintained by the Sisters of Mother Teresa, where it has been so long since we went there. We knew that there were 35 elderly people, so we decided to spend the day with them. Talking with the sister we knew that the elderly in the meantime had become 50. For us this was very difficult for the expenses to be covered. Things are running out for the closure of roads and cost a lot. Our economic situation is difficult because of the war, because many of us do not work or if they work they have to support their families. Meanwhile a girl called us to say they want to put part of her salary to help the elderly. Gradually other young people have done the same, and so the providence came plentiful. 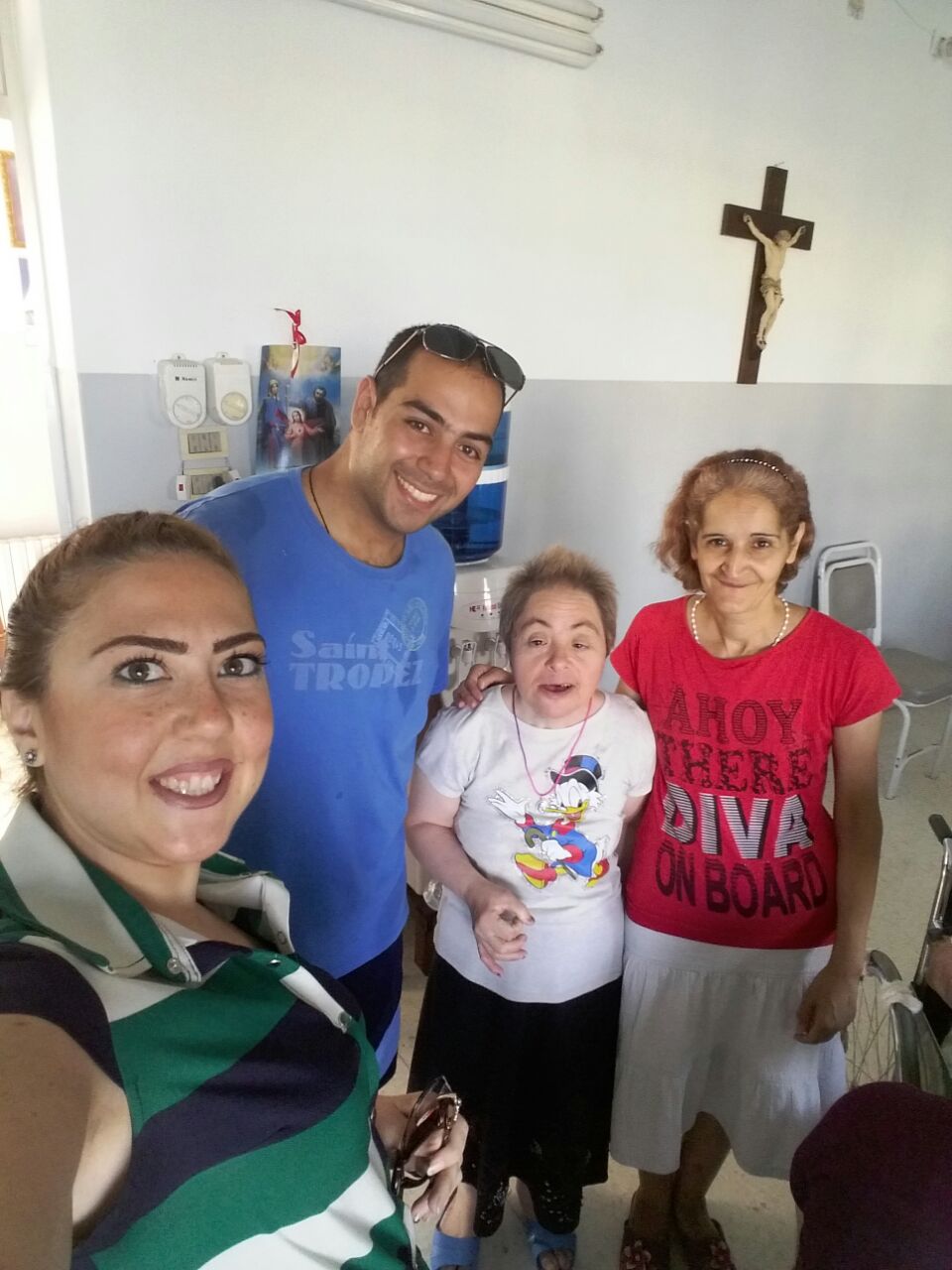 A mother asked her child-which is a gen 4- if he wanted to give something from his pennies. To his question what will the money serve, She responded to buy food for the elderly admission. The child immediately broke his piggy bank and gave the money with great joy.

The next day we went to the shelter with two children. Everyone was very surprised from our visit because nobody visited them since the bombing started, because this area is very dangerous.

After greeting them they have opened their hearts by telling their stories. They were told that because of the war, many of their children have emigrated and many of them have their houses destroyed. We listened with great attention.
We helped some unable elderly people to move down in the garden, because as there is no electricity it was hot in the rooms.

We sang and danced with them, we have tried everything to make them feel loved despite they feel abandoned by everyone from their children, relatives and some of them by God. The experience lived with them, made them experiment hope in life and trust in the love of Jesus.

The sisters thanked us and asked us to come back soon to help them on a project for 300 poor people. With joy we said our yes.
Despite all the pain and the absurdity of the war, we felt that a new hope is born in us and in these elders in a world of peace.

The youth of Aleppo – Syria