1) Age group of the young people: young people of the local communities, of the Youth for a United World Movement and the Gen Movement, aged 19 to 27 years old.

4) Charateristics of the country, a bit of culture: Brazil is the country in Latin America to record the highest number of inhabitants, around 200 million. The capital is Brasilia and is located in the center-south of the country. The city of Sao Paulo is the largest Brazilian metropolis.

The official language used by the Brazilian population is Portuguese. As for religion, in Brazil the majority of the population is Catholic and expresses their faith in a very fervent way, even if Protestantism tends to grow from time to time. There are also other religions such as Judaism, Buddhism and Islam, and some forms of worship typical of the community of African matrix.
Mariapolis Ginetta is located in Vargem Grande Paulista, about 40 kilometers from the city of São Paulo. The climate is subtropical and the average annual temperature is about 20° C, and the coldest month is July (average 13 ° C) and February, the hottest (average 25° C). There is at Mariapolis Ginetta a particular multicultural context: the presence of people from different regions of Brazil and of different nationalities (residents and visitors). Therefore, it is important to say that young people who come to the school participate in the life and activities of the permanent Mariapolis, in addition to the preparation and conduct of the various programs that are offered to visitors. 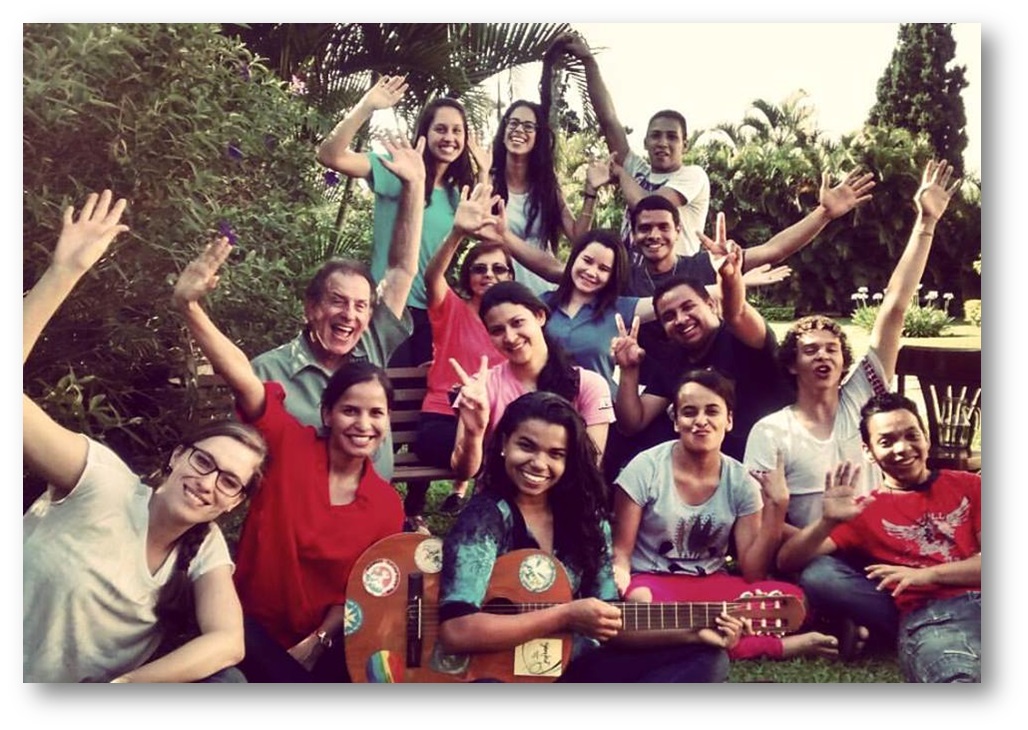 5) School Program: the formation will be held through theoretical and practical activities aimed at the acquisition of knowledge, skills and attitudes, with the aim of preparing young people to be agents of peace and builders of unity in multicultural contexts. They are part of the program of spirituality that include cultural, social and sports activities done on the basis of living together the principle of fraternity. In addition, there will be Portuguese lessons for young people of other nationalities.