Aleppo, Homs, Kafarbo, Benyas, Tartous, and Damasco are the native cities of the 65 youths who wanted to undergo training in mercy, as a daily life support.

“I learned to transform the negative into positive and transmit it to my friends and not to despair in the face of difficulties.” Said in a context like that of Syria, where the young people live “under continuous psychological pressure” each word weighs differently.

“Sad to say, there is continuous news from Syria about civilian war victims, especially in Aleppo”, Pope Francis reminded all once again in the Angelus of 7 August. He continued saying “It is unacceptable that many innocent people – and many children – have to pay the price of the conflict, which is that of closed hearts and the lack of will of those in power.” He then urged all to take everything to heart and personally support the Syrian brothers and sisters with their prayers and solidarity.

War is stressful even if there are seeds of hope, and it is what we must continue to focus on. “We felt that we had to do something different with the youth, to support them from the spiritual and human standpoint,” recounted Lina Morcosand Murad Al Shawareb, educators of the Focolare Movement, «and this is why we thought of inviting Sr Noha Daccache, Lebanese, of the Sacred Heart, and university professor specialising in social sciences. We chose to deepen, in this year of mercy, the concept of “Mercy and prayer in our daily lives.” 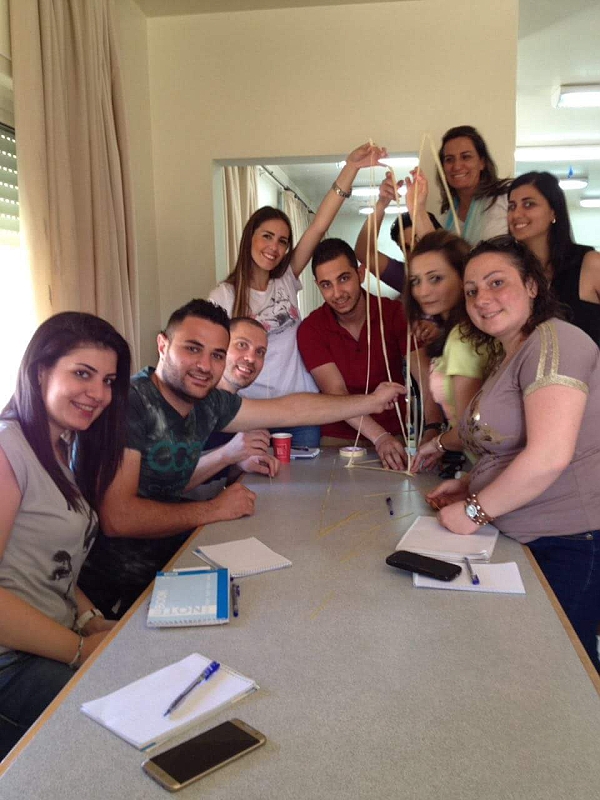 “Already during the preparations – through the iPhone application WhatsApp – there was a great sense of maturity,” seen also during the three-day event (from 10 to 12 June). Sr Noha’s reflections on mercy and prayer, and the Sacred Scriptures also seen in relation to their spiritual lives, triggered questions and reflections.

“But on the first day we realised that we were all stressed out due to the situation we were undergoing. So we first held a dialogue session, after which someone suggested a moment of prayer. It was a moving moment with songs and meditations, where the youth said spontaneous prayers and with faith, asked for the gift of Peace.”

“On the second day, we delved deeper into the various aspects of life that hindered us from fully corresponding to what God asks of us each day. On the last day instead, Chiara Lubich’s article, ‘Better than yesterday’, was really enlightening since it gave us a concrete key to always love Jesus better.” A girl wrote, “I understood that I had to live the present moment solemnly, to offer the pain and live it for Jesus; all the rest is secondary. While praying I felt that Jesus was saying to me: I am with you.”

As she was leaving, Sr Caccache said “You people are really outstanding – I shall keep you in my heart and pray intensely for Peace.”