On their way back from the unforgettable experience in Krakow, 600 young people from the Focolare gathered in the Tatra Mountains, to focus on their relationship with God, themselves and others. #GMG2016

Anthony from the USA recounts: “Back in Chicago I’m used seeing everybody look out for themselves, without concern for others. As we made our way to the Field of Mercy someone came out of their house and offered us a tray of ice-cream… Another person gave water… I couldn’t believe my eyes!”

Antonel is a Hungarian from Romania: “Although I live in Romania, I don’t speak much Romanian and have little contact with Romanians. The fact is, we feel that we’re Hungarians, not Romanians. We were in a group with both Romanians and Hungarians and it was just incredible. I learned more Romanian in those few days than I had in my entire life. I felt that we were real brothers and sisters. So many preujudices disappeared!” 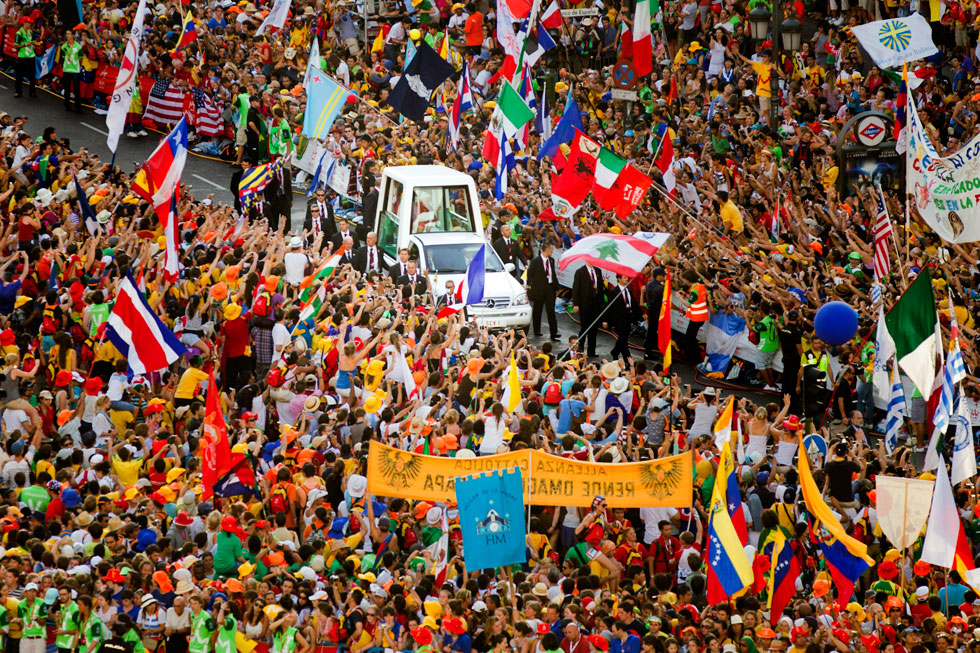 Anna from Italy: “Our luggage was quite heavy and a family invited us to go into their house. They offered to hold on to our luggage until the next day when we would be returning from the Field of Mercy. It seemed unreal. Then, when we returned they invited us in and offered us drinks and a bit of rest. We stayed with them for a while and then continued on…”

They were like an overflowing river… They had just arrived from Krakow after 10 hours of travelling. They were worn out but happy, filled with enthusiasm and determination. The Pope’s words entered deeply into their hearts. “We could say say WYD begins now and continues tomorrow at home, because that’s where Jesus wants to meet you from now on,” said Pope Francis at the Mass on the Field of Mercy. “The Lord doesn’t only wish only to remain in this city of fond memories, but to go to your homes and share in your everyday life: at school and your first years in the workplace, your friendships and your feelings, your plans and your dreams.”

There were 600 young people from the Movement. Following the unforgettable experience at WYD they spent 5 days in Jasna on the Tatra Mountains in Slovakia. They wanted to make the Pope’s words become part of their lives and to discern together how to put them into practice in their lives. The Focolare young people were from 33 countries, from Australia to Brazil and Argentina, from Portugal to Russia. They say that they will never forget the experience of hospitality and brotherhood they experienced. 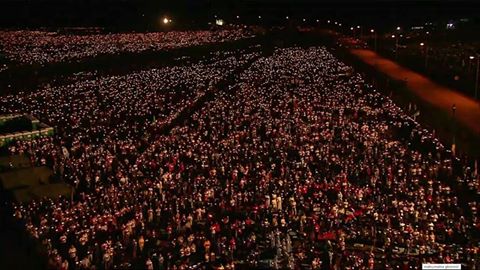 The days ahead would be quite busy. The title chosen for their gathering was quite meaningful: “You God (got) me!” You’ve also swept us away, God. The gathering took place in the midst of the spectacular beauty of the Tarta Mountains and focused on three essential topics in the life of every human being: the relationship with God, the relationship with oneself and the relationship with others. The Pope’s words were the backdrop, along with the desire that no one take away their freedom to make courageous decisions to be “builders of the future”.

The first day was spent telling stories about hospitality, helping one another, smiles, sharing – the Pope! They discussed his invitation to feel that Jesus calls them to leave their mark… a mark that marks history, that marks their story and the story of many others.” To not be “couch potatoes” but young people with their shoes laced, or better, with their hiking-boots laced. 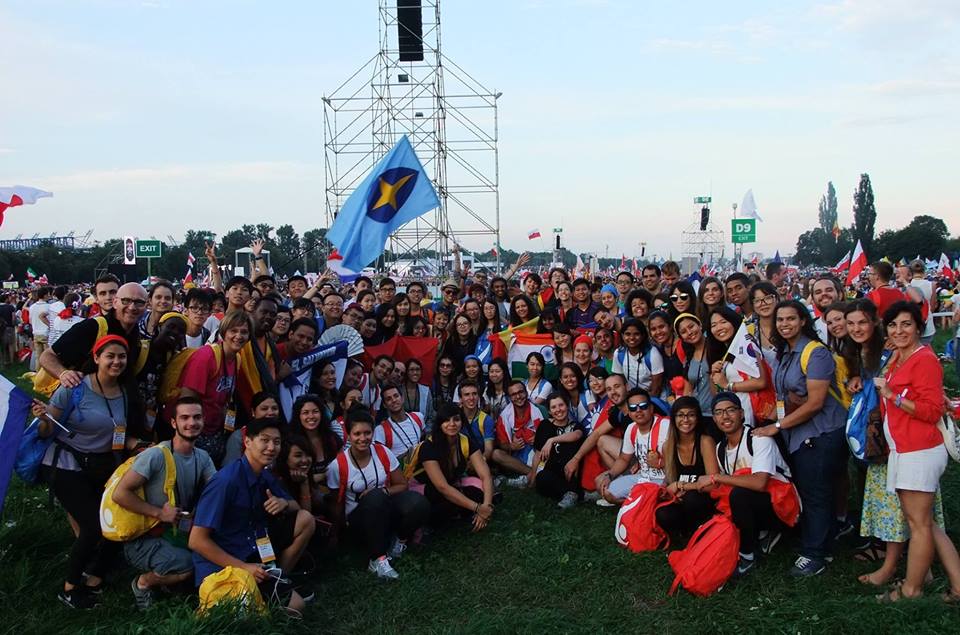 Domenico from the Cameroon summarized the sentiments of many: “A united world is possible, and we could reach universal brotherhood.” “As the Pope said, we should build bridges and reach out our hands to one another. I felt like judging so many countries that are creating wars in Africa, but as the Pope spoke I felt I had to change my way of thinking and begin to build those bridges. We reach brotherhood by building bridges; by hating we only destroy. Jesus allowed me to double my faith. Many times during my life I’ve wondered why there is so much suffering in the world, but now I realize that Jesus is there, that he becomes ugly in order to make everything beautiful. I’d like to be that way for others, to be active at building bridges. If we get our hands dirty, we’ll surely come to the point of living Jesus’s prayer to the Father: ‘that all be one’. Eva from Sovakia: “It struck us when the Pope blessed our dreams and our feet, giving significance to every effort we made.”

“We have a lot of hard work ahead of us, but WYD shows that a new world is possible. It’s up to us to build it in the small steps that we take every day!”

Pope’s Words at WYD Way of the Cross