From July 28 to 31, the World Youth Day happened in Havana, in tune with Krakow, approximately 1,500 young Catholics from Cuba have participated.

During the program, Friday, July 29, a “Fair of Mercy” was organized , composed of several events in a workshop style, carried out simultaneously in different parts of the historical center of Havana. Among these, there was one on ecumenism entitled “celebrating a common path”, run by the Youth for a United World.

The group of the Youth Ministry of the Archdiocese of Havana, asked us about 3 months ago to enliven the event. It is the first time that we make a proposal of this type and, we think, because they knew the path we’re doing for about a year and a half with young people from other Churches. 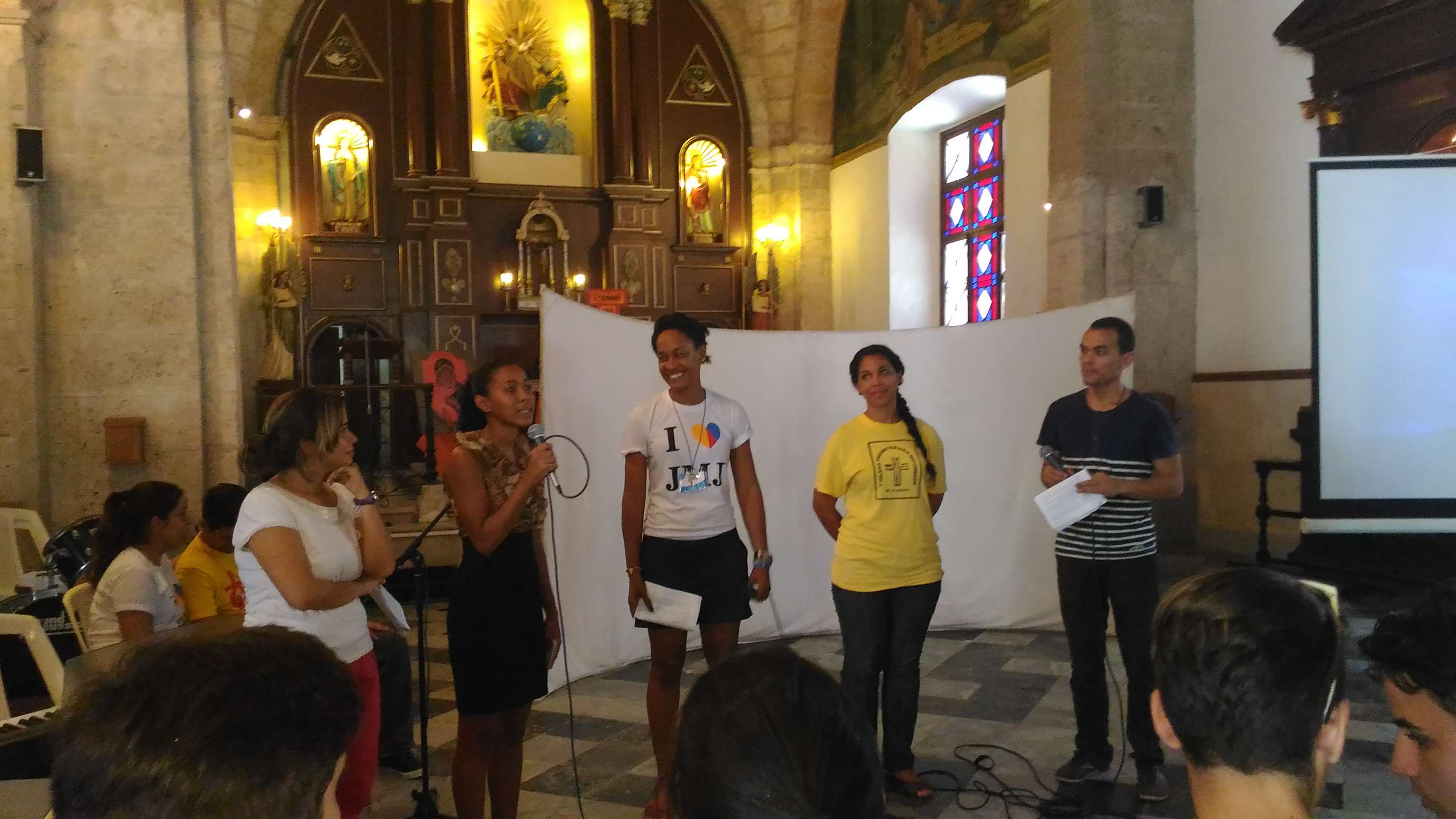 The day 29th there were about twenty youth from ‘Youth for a United World’ involved in the program, including some from the Baptist Church, two Greek Orthodox and a young from the Pentecostal church who also works with the Cuban Council of Churches. Their joy was a powerful witness, their “being” as they recounted experiences, a Catholic man and a Protestant girl, a Catholic girl and a Protestant man. Particularly incisive the Art of Love message from Chiara, given through a play, by a group of students from the National Art School, through it they were given points to help them live “a style of ecumenical life”. 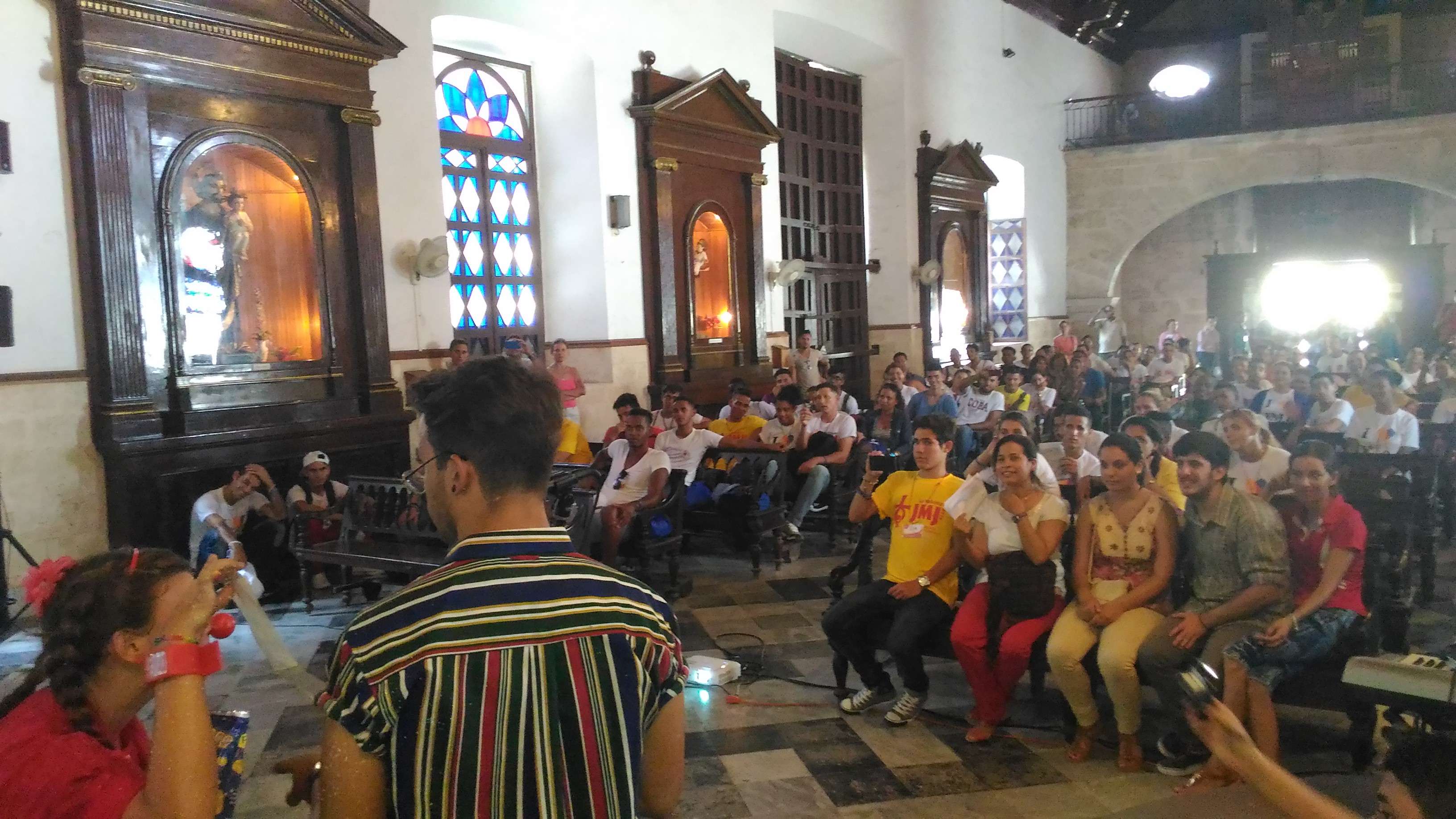 The audience revolved because the participants of the World Youth Day wanted to pass by different events of the “fair”, but there was also a group who chose to stay all the time in the “Fair of Mercy”, following the full program. Remained so, in more or less constant way, a presence of about 130 people in the church which took place this activity, but we do not know how many in total have passed. We feel that all those who participated and those who have submitted or gave a testimony, were more aware of the reality that we are building, and the beauty and potential that we are united as Christians.

To complete the event there was the Community of Taize who guided us in an hour of prayer and common praise. Experiencing the joy of giving glory to God, united in one body.