The sixth day of our journey to “centre of the universe” starts. Today, we awaken to the Salinasof Bolivar. This morning, all of us woke up with the immense desire to meet Father Antonio Polo, a Salesian missionary, who arrived in this Andean community on 5th July, 1971.

He arrives and greets us as though he had known us forever. His hallmark features are informal attire, a smile that lights up the room and eyes that shine with a very special light.

He begins sharing with us his experience in the first days.“Salinas were a community made up of huts made of mud and thatch. The major part of the occupation being working in the salt mines. The conditions of the population was almost slavery. The biggest challenge was to get rid of this servitude and to promote the communitarian solidarity present in this community. After four months of my arrival, we had already built a community house. I had to move on, but I could not leave, because I felt deeply that something special had begun.” We ask him to retrace the story of this, his extraordinary adventure: “the first ten years were spent in search of responses to the primary and essential needs of the community. At the end of the 70s, then, I met a person who taught us to exploit the potential of the area, to make cheese and commercialise it. From then on we tried to enhance the experience of community cooperation “. 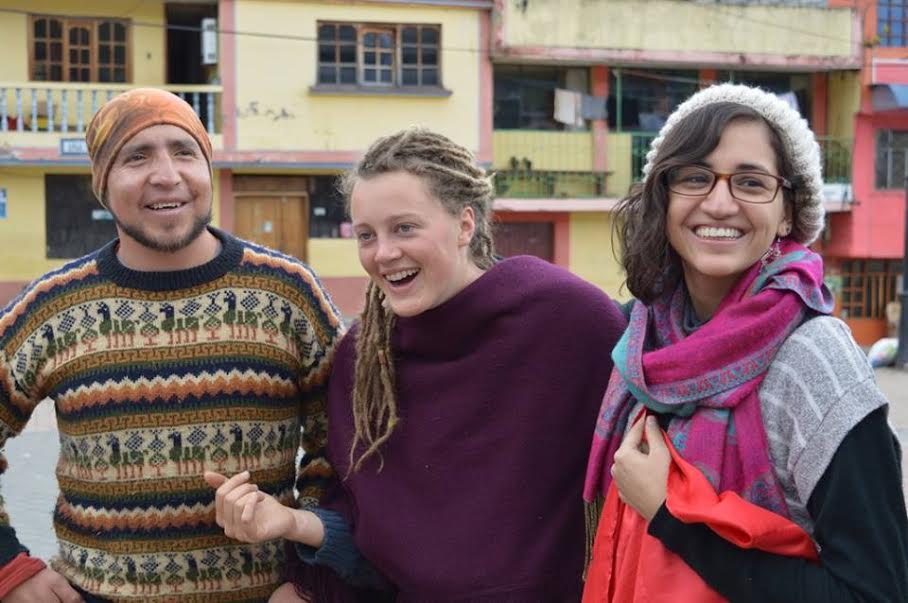 To the question if he had a project to Salinas, he responds with a smile and adds that “we did not have a plan. We were living the present moment, trying to love concretely. And that meant responding immediately and effectively to the needs of the population. “

He continued explaining the mechanisms of solidarity economy, “all companies help each other, all are members and the decisions are taken together, collectively. “In short: an experience that is reminiscent of the economy of communion of the Focolare Movement.

Clever, Brazilian, asks if it is a replicable model in big cities. He responds with sincerity and seriousness, “there is no difference between small and large cities. There is always a need for people to meet, talk, compare, and share their needs and experiences. Most importantly, they’ll look out and meet the needs of the people because, otherwise, it is only an internal solidarity. Which is nothing but group selfishness against the company. “ 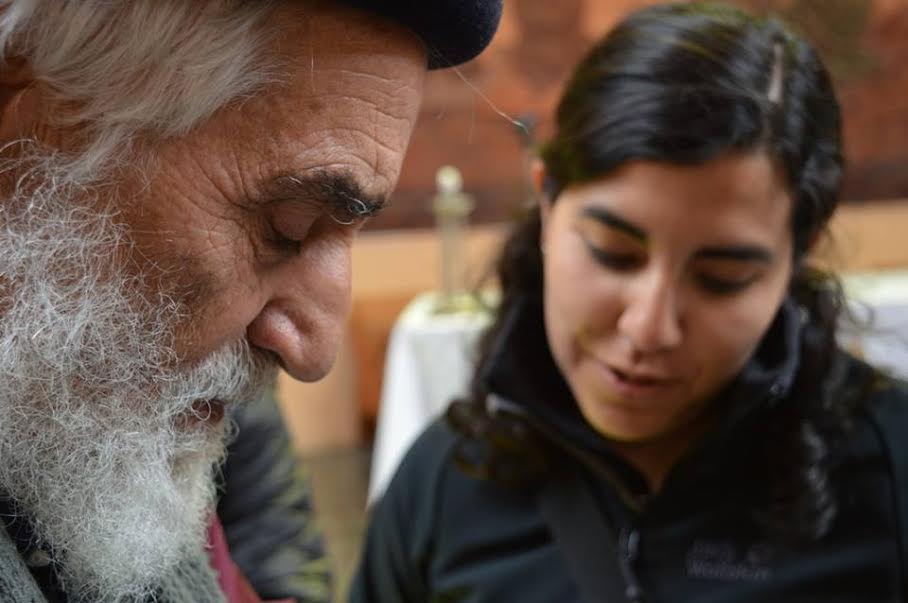 He briefly describes what has been achieved in these years, “being part of the solidarity economy are 22 Community dairies, 28 savings and credit cooperatives. But we also made 28 schools, 14 municipal houses, a youth house; and so on … we currently have in progress several other projects. ”

He continued speaking about the relationship with the new generations, “the young people needed to feel free to express themselves; but they also had to deeply understand the meaning of the “minga” (the indigenous tradition of collective and community work). The whole community got together to understand the way to proceed. Youth proposed to invest in tourism. Part of the community did not agree. We talked, we listened and confronted. In the end, we realized that tourism (done in a certain and respectful way to the traditions), can help the whole community to discover, every day, the true vocation of solidarity economics.” 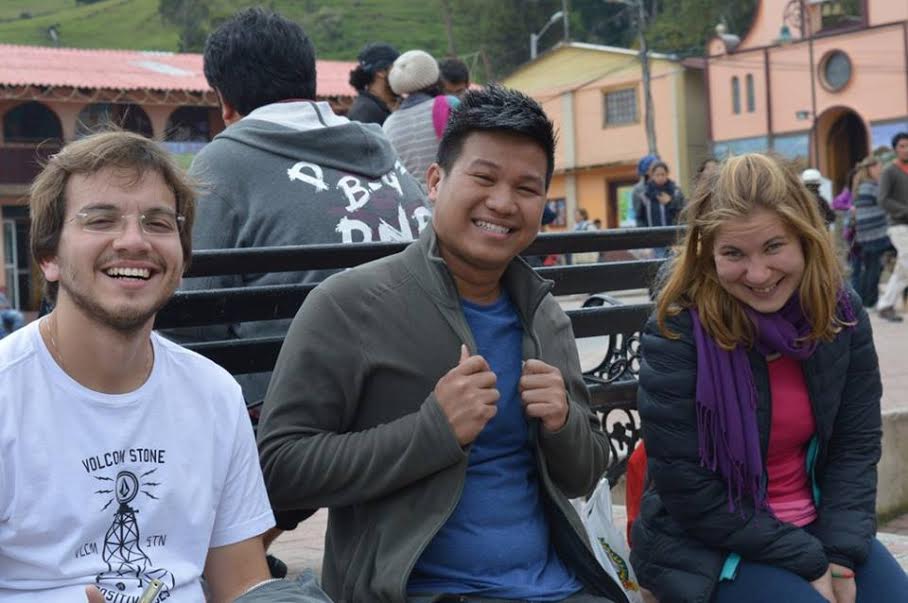 Last question before leaving: what is the true wealth of Salinas? He answers back with a smile: “the real wealth of Salinas is not food, but knowing that together we can achieve something great: to make parts of the world united by the universal brotherhood.”

It’s time to say goodbye to Father Antonio. In all of us there was a great enthusiasm. Deep in my heart I really wanted to thank him. Running to greet him, looked into his eyes, I expressed my gratitude. I felt, however, that words cannot express what his actions aroused in me. I realize that Father Antonio touched a few chords of my soul. The heart beats just like the first time I heard him talking about the desire to build a united world; when I began to realize that there were people who spent their lives to go against the current and build bridges of brotherhood … I mean, even if we are at 3500 meters high, it seems that the heart is above the stars! 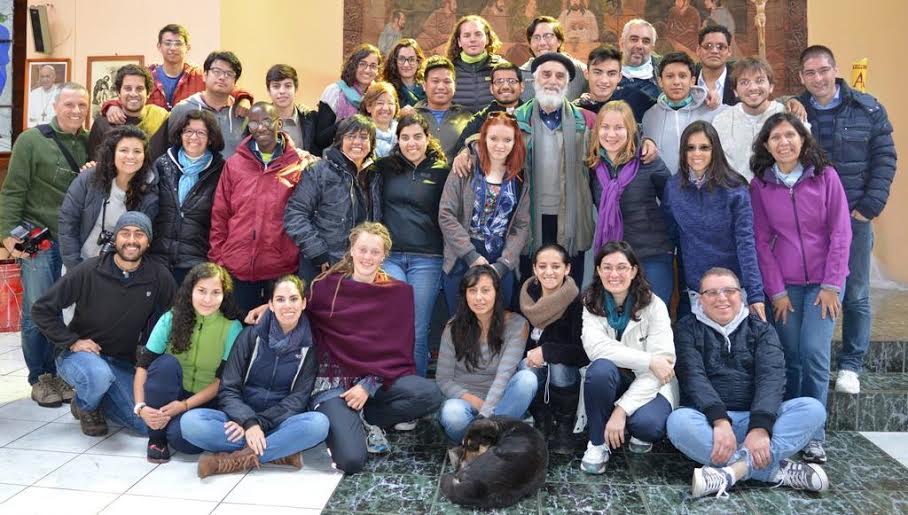 We are moving in the mountains of the community: we expect the visit to dairies, the chocolate factory and the salt mines. As we were climbing, however, the communion among all was interrupted by a great silence … but not empty silence. What we had just heard had caused in us a very great reflections. And, in fact, throughout the day we continued talking about it. Also during the trip back, this lasted 7 hours; Alejandro and his guitar, though, animated the whole trip … hours and hours of songs. Each brings its own contribution. They sang in Spanish, English, Italian, Tagalog (one of the languages of the Philippines), German, French, Hindi … in short, multiculturalism also passes through music!